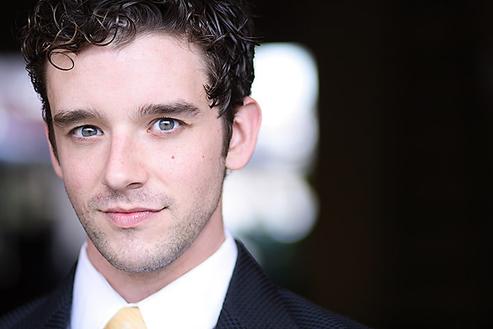 Michael Urie is the award-winning star of one of the most unexpected theater success stories in years, the brilliant and hilarious Buyer & Cellar.  Playing multiple characters – including Barbra Streisand – in this one-man tour de force, Urie has won the hearts of everyone smart enough to venture down to the Village for a night of off-Broadway genius that won him the Lucille Lortel, Drama Desk, LA Theatre Critics and the Clarence Derwent Awards for Most Promising Male Performer.

Before Buyer & Cellar Urie was probably best known as the delicious Marc St. James on the award-winning Ugly Betty, the series that introduced him to and made him a favorite of TV audiences everywhere.  Following that series, he spent most of his time in critically acclaimed stage productions.  He played iconic fashion designer Rudi Gernreich in The Temperamentals, a role he originated in New York where he received the Lucille Lortel Award for Outstanding Lead Actor.  He followed that run with appearances off-Broadway in the Classic Stage Company’s production of The Cherry Orchard, the revival of Angels in America, and opposite Patti LuPone in Lincoln Center Theater’s world premiere of Shows For Days.

But his lifelong dream of Broadway came when he took on the role of Bud Frump in How to Succeed in Business Without Really Trying, opposite Nick Jonas and Beau Bridges.  Critics raved that not since Charles Nelson Reilly originated the role had Bud Frump delighted audiences as Urie did.  The run ended in time for him to star in the short-lived but much-loved CBS series Partners.  Since Partners, he has appeared on the small screen in Modern Family, The Good Wife, Hot in Cleveland, Younger and Workaholics.  He can currently be seen curating and hosting movies on Logo’s Cocktails & Classics.