A Visit with Hollie E. Wright 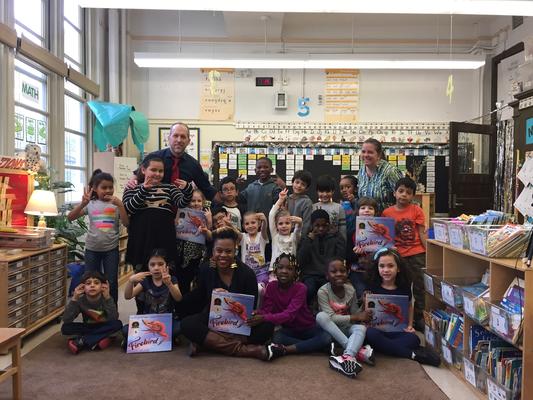 There are times when saying, "Yes" opens us up to amazing grace and gratitude.

For me, that happened quite literally when I accepted an invitation from Nicole Duncan-Smith to accompany her to Amazing Grace on Broadway. It was a month before Broadway Books First Class premiered with Tony Award winner Gregory Jbara and we spent the day planning its debut.

Amazing Grace is a powerful show that delivers a one-two punch near the end. It left me an emotional mess - so much so that a woman seated several seats away offered me a Kleenex (or three) before the cast took their curtain calls.

Afterwards, I quietly pulled my sorry self together and slowly made my way out of the theater. It was then, on a hot night in early September outside the Nederlander Theatre, that I first met Hollie Wright. Nicole introduced us and the demands of actually speaking broke the walls of my constrained emotions.

I managed a friendly hello but quickly LOST IT while telling her how much I loved her show. Her response? She pulled me in for a hug while her nurturing voice whispered kindly, "Oh, honey".

That night Hollie held and comforted my aching spirit.

Her visits stand as a testament to my initial impression - she is a beautiful soul.

In my mind, Broadway Books First Class will forever remain synonymous with Hollie's kindness, her inclusiveness and her joy. I hope she remains a perpetual visitor who returns year after year.

This year she read Firebird by Misty Copeland. In the book,"Misty Copeland tells the story of a young girl - an every girl - whose confidence is fragile and who is questioning her own ability to reach the heights that Misty has reached. Misty encourages this young girl's faith in herself and shows her exactly how, through hard work and dedication, she too can become Firebird".

Sitting on the floor surrounded by children (some wearing tutus or well-worn Capezios), Hollie made the story personal by sharing stories of her journey as a professional dancer on Broadway and as a teacher at The Alvin Ailey School of Dance.

This led into the question and answer portion of the visit wherein the children lifted their last question up in one loud voice with hands raised in sign, "Can you teach us to dance?"

Without missing a beat Hollie directed their young bodies into rows and began teaching them ballet. A shift had occurred. Suddenly, the oft-times frenetic energy of a first grade classroom reflected the disciplined, mirror-lined walls of a dance studio as Hollie led them through a series of ballet exercises. Each student raising a curved arm, stepping into fourth position and executing a straight-backed plié with quiet concentration. It was rather impressive.

Hollie also pulled back the curtain to show the children how a dancer keeps limber and in shape with  textured balls. She passed them around before demonstrating how she uses them to stretch or soothe aching muscles. She related it to building reading muscles and the taking time to develop new skills, which is a good lesson for impatient 6-year-olds.

Hollie then signed copies of Firebird for each child before departing to teach her class at The Ailey School.  Then, the children set about writing thank you cards.

Saying yes on that hot September night in 2015 altered the course of my fledgling program because I met the incredible Hollie Wright. Hollie brought the program to the attention of the talented Amazing Grace family and with one email she piqued the interest of Kim Weild, Oneika Phillips and Elizabeth Ward Land.

Kim Weild then brought on Alexandria Wales, Stockard Channing, Devlin Elliott, Nathan Lane, David Caudle, Anastasia Traina, Scott Cohen and, by extension, Jeremiah Maestas. She also spearheaded the Winter Workshop at PS347, the book How the I Becomes the We and its subsequent performance on The High Line.

It is interesting to witness how the ripples of a simple, "Yes" can create unforeseen momentum.