KAREN MASON most recently played Mrs. Marsh on Ryan Murphy’s HALSTON on Netflix.  On tour, was last seen as “Madame Giry” in the North American Premier of LOVE NEVER DIES (Andrew Lloyd Webber’s epic sequel to The Phantom of the Opera).

On Broadway, she starred as The Queen of Hearts in WONDERLAND, and originated the role of Tanya in MAMMA MIA! (2002 Drama Desk nomination as Best Actress). Her other leading roles include Norma Desmond in SUNSET BOULEVARD, on Broadway and in Los Angeles for three years; Velma von Tussel in the final Broadway company of HAIRSPRAY; “Monotony” singer, Mazeppa in JEROME ROBBINS' BROADWAY.

Off-Broadway, she won the Outer Critics Circle Award for her performance in AND THE WORLD GOES ROUND. She is a 14-time MAC Award winner, and was the recipient of the 2019 MAC Lifetime Achievement Award. She also won 3 Bistro Awards.

Recordings include the single, "It's About Time", written by Paul Rolnick and Shelly Markham; her 2009 MAC Award-winning Right Here/ Right Now, The Sweetest of Nights, When The Sun Comes Out, Christmas! Christmas! Christmas!, Better Days (featuring the 1998 Emmy Award-winning song “Hold Me”); and Not So Simply Broadway. Also, Wonderland (original cast); the film Jeffrey (Varese Sarabande); Wonderful Town (JAY Records; the cast album of And The World Goes Round (RCA Victor). 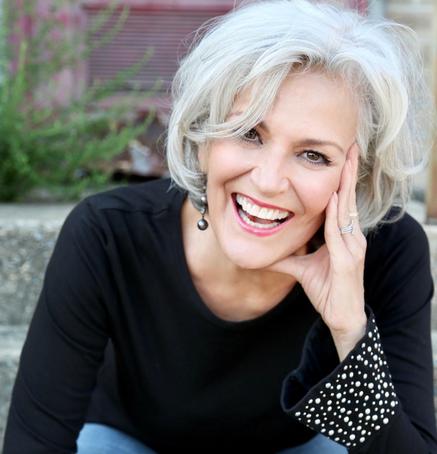