Julie Halston first achieved recognition as an actress through her co-starring performances in the plays of writer/performer Charles Busch in the 1980s in New York City.  She was a founding member of his theatre company, Theatre-in-Limbo, which along with other writers and performers such as Charles Ludlam, Lypsinka, Ann Magnuson, and John Flect, to name a few, were part of a cultural movement that helped revitalize the Off-Broadway theatre. Mr. Busch considered Miss Halston his muse and wrote many roles for her including, VAMPIRE LESBIANS OF SODOM (1984), THE LADY IN QUESTION (1989), RED SCARE ON SUNSET (1991), YOU SHOULD BE SO LUCKY (1994), THE DIVINE SISTER (2011), and THE TRIBUTE ARTIST (2013).

She wrote a series of one woman comedy shows that eventually let to a successful Off-Broadway production entitled JULIE HALSTON'S LIFETIME OF COMEDY (1992).  The show earned her an Outer Critics Circle nomination for Best Play and landed her a CBS network development deal. The pilot was called THOSE TWO and co-starred Harvey Fierstein.

Her solo comedy performances at the famed Birdland Jazz Club are SRO engagements that have earned her four MAC Awards (Manhattan Association of Cabarets & Clubs).  In 2011, Halston received the designation of "Legend of Off-Broadway" from The Off-Broadway Theatre Alliance and received an Excellence in Theatre Award from The Abington Theatre Company. In 2008, along with fellow writer Donna Daley, she co-authored the book MONOLOGUES FOR SHOW-OFFS published by Heinemann Press.

Halston has 33 film and TV credits to her name including her starring role in the award-winning 2016 short film HOTEL BLEU (Jackie), Woody Allen's CRISIS IN SIX SCENES (Roz), DIFFICULT PEOPLE (Hazel), LAW AND ORDER: SPECIAL VICTIMS UNIT (Cassie Muir), THE ELECTRIC COMPANY (Mrs. Carruthers), SEX AND THE CITY (Bitsy Von Muffling) and THE CLASS (Tina Carmello).  She has also appeared in A VERY SERIOUS PERSON, THE JUROR, ADDAMS FAMILY VALUES, SMALL TIME CROOKS, and I THINK I LOVE MY WIFE. 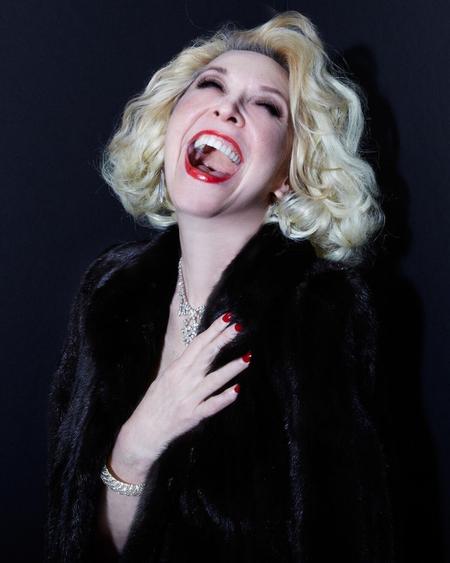