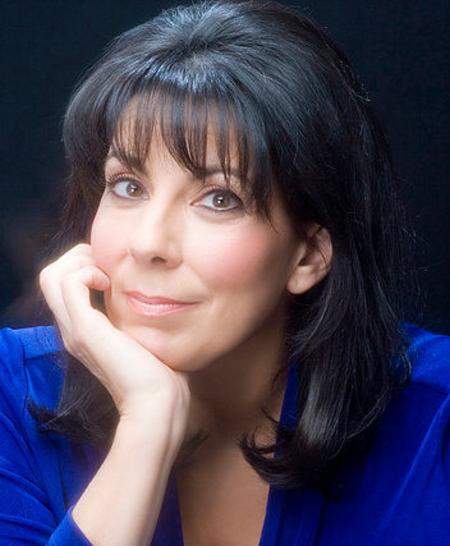 Christine the “lady of a 1000 voices” can be seen using quite a few of them in the hilarious off Broadway revue SPAMILTON: An American Parody, which she also co-produced. She first discovered her talent for multiple personalities (Merman, Angela Lansbury, Bernadette Peters, etc.) through her long association with the legendary off Broadway revue FORBIDDEN BROADWAY having performed in companies all over the world including London’s West End, Japan, Los Angeles, NYC, Singapore & Detroit. She received a Drama Desk nomination for her work in FORBIDDEN HOLLYWOOD (Liza, Rosie Perez, Judi Dench, Sharon Stone, etc.) as well as an LA Ovation & NAACP Award. She also brought her collection of Divas to off Broadway’s long running NEWSICAL the Musical (Oprah,Liza,  Joan Rivers, Hilary Clinton).

On Broadway she recently played Mama Morton (yes just one character...all night) in the 3rd longest running musical of all time CHICAGO (THE longest running AMERICAN musical BTW.) Her Broadway debut was in LITTLE ME with Martin Short & Faith Prince, directed by Rob Marshall. She played several peculiar callers (again with the voices) opposite Liev Schreiber (well not opposite ... she was in the basement of the Longacre Theatre talking into a microphone while he was acting and smoking on stage but it was dynamic) in Eric Bogosians TALK RADIO directed by Robert Falls.

Speaking of radio she is the daily host of SIRIUS XM RADIO’S On Broadway channel playing music of the stage & screen and interviewing Show Biz legends (Mon-Fri 9am-3pm Ch. 72) On Saturday she and the "aMAHzing" Seth Rudetsky co-host the DUELING DIVAS.

Off Broadway she played the title role in MISS ABIGAILS GUIDE TO DATING MATING AND MARRIAGE and has appeared in many incarnations of THE A TRAIN PLAYS, THE 24 HOUR PLAYS, PROJECT SHAWS), A BROADWAY DIVA CHRISTMAS and performed the coveted (yes COVETED!) Joann Worley track in THE MAD SHOW at the York Theatre.

Her cabaret show GREAT DAMES has won the New York Bistro & Nitelife Awards  and has played NYC, Los Angeles, London, South Africa & beyond. THERE’S NO BIZNESS LIKE SNOW BIZNESS her holiday show has been a seasonal staple in NYC for the past 10 years. She’s performed in that “cutie patootie” John McD’s Cabaret Corner on the Rosie O’Donnell Show and sung in many major NYC venues & cruise ships including Birdland, 54 Below, The Iridium, Feinsteins, The Metropolitan Room, The Algonquin, The Laurie Beechman, Avery Fisher Hall, Don’t Tell Mamas...and the QE2...AND she's performed for President & Mrs Clinton (playing a singing HIllary!)

Fans of THE SOPRANOS may recognize her as Mrs Bobby Baccala. (4 scenes, 5 lines ... dead. BUT he loved her so much he couldn't defrost her ziti!)