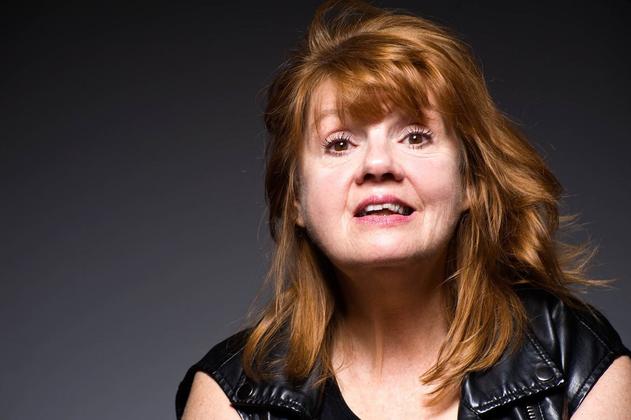 On Broadway, Annie Golden has appeared in the 1977 revival of Hair, Leader of the Pack (1985), Ah, Wilderness! (1988), On the Town (1998), and The Full Monty (2000). She had the title role in the workshop of the short-lived adaptation of Stephen King's novel Carrie. She also played the role of Lynette "Squeaky" Fromme in Stephen Sondheim and John Weidman's musical Assassins during its world premiere at Playwrights Horizons in New York City in 1990 – 1991, and is featured on the cast recording of it, on the RCA label. In 2003 she joined other original Off-Broadway cast members in a Reprise! (Los Angeles) concert production of Assassins. In 2007, she was stand-by for the two comic villain roles in the musical Xanadu on Broadway. She also appeared in the musical Violet starring Sutton Foster on Broadway in 2014.

Golden has appeared in three separate versions of Hair: a Broadway revival in 1977, the motion picture in 1979 and a special benefit performance concert in 2004.

Annie Golden began her career as the lead singer of The Shirts (which headlined CBGB's in the late 70s). In 1984, her song "Hang Up the Phone" was featured on the soundtrack of the film Sixteen Candles. During the early 1990s she performed as part of the duo Golden Carillo with Frank Carillo. They released three albums, Fire in Newtown, Toxic Emotion, and Back for More. She returned to The Shirts, but she has also performed solo and with a band. She performs a revue of songs from her stage career along with originals called Annie Golden's Velvet Prison.

In 2013, she began playing the role of the nearly mute Norma Romano in the Netflix comedy-drama series Orange Is the New Black, for which she won a 2015 Screen Actors Guild Award (along with the rest of the ensemble cast).

Since 2005, Golden has frequently appeared in stage concerts for composer Joe Iconis. She starred in the Barrington Stage Company production of his Broadway Bounty Hunter, with the book by Iconis, Lance Rubin and Jason "Sweettooth" Williams, directed by Julianne Boyd, which opened on August 13, 2016.  A concert version of Broadway Bounty Hunter, starring Golden, was presented at Joe's Pub in New York City on September 26, 2016.